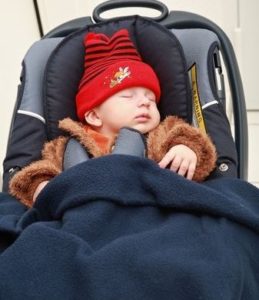 Devastating motor vehicle accidents claim the lives of thousands of Americans every year. For young children, however, car accidents continue to be the number one cause of death, according to the Centers for Disease Control and Prevention. Tennessee children who are traveling in a vehicle, walking, getting off of the bus or waiting at the bus stop are in danger of becoming victims of devastating car accidents.

When car seats are used properly, they can reduce the risk of injury and death by 71 percent for infants under the age of one, and by 54 percent for toddlers between the ages of one and four. Children from four to eight years old are 45 percent less likely to be injured or killed in a car accident when they use a booster seat, and older children reduce their risk by half when they wear a seat belt.

A study conducted by the CDC found that during the course of one year, more than 618,000 kids twelve years old and younger rode in a vehicle while they were completely unrestrained on at least several occasions. Some children who were involved in a car accident had been placed in a booster or car seat that was not secured in the vehicle properly.

This was the case in a recent Wilson County car accident. According to WKRN News, two children were rushed to the hospital and one had to undergo a surgical procedure after the car they were traveling in flew off of the road and went airborne after hitting a driveway. While the vehicle was in the air, it collided with a tree. Although both children were in car seats, their seats were not actually fastened into the vehicle. The 5-year-old and three month baby were fortunate to escape with their lives. The driver faces charges of negligence and failure to exercise due care.

Children who are walking to and from school or are simply waiting at a bus stop are also at a higher risk of being hit by a distracted driver. Certain state laws require drivers to reduce their speed in school zones, and stop their vehicle when a bus has released its stop sign in order to protect children. However, their small stature places them at greater risk for being involved in an accident.

In an attempt to keep children safe, many schools across the nation are teaching children to be extremely cautious when traveling to school on foot or on bus. Drivers are also encouraged to ensure their child seats are properly fastened before placing their children in them.