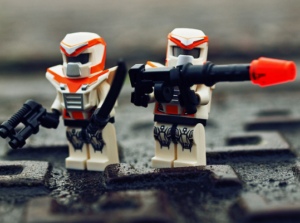 Hovercraft, self-driving vehicles, autonomous buses — all modern innovations touted by the Tech Gods as the next greatest technology to hit our city streets. Just weeks ago, Tesla and other innovators debuted their versions of Jetsons-like vehicles in blue-print and digital formats at tech-gatherings across the world. And we’ve all seen YouTube videos of autonomous vehicle testing, or even experienced some of the early models on the road already. These forward-thinkers tout their devices as mechanisms of safety and traffic avoidance, as well as a mobility-method gentler to our Earth.

In fact, Denver was supposed to have its own test track for hovercraft, originally scheduled to open in 2018 by Arrivo.

Planned for just off of E-470, the testing facility was awarded $267,000 by the Colorado Office of Economic Development, according to an article published in the Denver Business Journal on February 19, 2019, but the company would only collect upon making good on their promise to bring 152 jobs to Commerce City. The company was unable to do so, and the project folded.

The slow-roll of development, along with the generalized fear in the community of the safety of putting our lives in the proverbial hands of an unmanned machine or literal space-age technology just to get us to work and the grocery store, has had a major impact on the viability of these techie dreams.

And while the prophets of innovation are busy in their labs developing up-to-the-minute innovation, something much simpler and childhood-reminiscent has snuck into the hands of their target demographic and onto roads, sidewalks, and greenways alike.

“Micromobility” is now the name of the game.

Scooters and dockless-e-bikes are popping up like whack-a-moles on every city block in most major cities in the country. Consumers ranging from teens out for joyrides to executives escaping the gridlock morning commute are coasting alongside the rest of us still relegated to our gas-guzzlers and gas emitters.

Much like the questions surrounding how to manage hover-craft safety, or even how they would be kept in their lane, the same seems to be going unanswered about the more micro methods already hitting our streets.

Denver is tackling these issues head on while simultaneously promoting the use of these alternate methods of work commuting.

At the beginning of this year, an ordinance went into effect in Denver City banning the use of scooters on sidewalks after an outcry from pedestrians who have had less than glowing reports of their shared sidewalk experiences.

Additionally, the city has teamed up with B-Cycle to offer free memberships to the bike rental program in order to revitalize its use and encourage more traffic-goers to leave the ever-becoming outdated four-wheeled transport at home and take up the open-aired, two-wheeled transport.

Denver is also combining its efforts to promote micromobility with other forms of public transit. Along with partnering with Panasonic to launch a driverless bus to assist transit from Aurora to Denver International Airport, Denver is also working with Uber to incorporate RTD locations and schedules into its ride-share app to encourage Denverites to use Uber’s services as a gap-filler to the already existing light rail system. Denver is also making efforts to cooperate with Xcel Energy to add docking stations for electric vehicles around the city for a more energy efficient and climate-friendly commute.

All of these measures are aimed at attacking one of the most significant issues for Denver citizens, aka voters — traffic. The Denver Metro population has risen 30% in the last five years in the downtown area alone. Denver ranks 17th in the use of public transit for work commutes of major US cities. Transit commutes amount to only 6.8% for Denver workers, while 70.2% of Denver Metro residents drive alone to work. And only 2.3% of residents bike to work.

Tesla and friends have suggested that hovering autos and self-driving vehicles will allow more space in the morning gridlock and more safety in high-traffic conditions. But their overall “alien” presentation to consumers combined with their molasses-like development have allowed for the swift promulgation of micromobility and alternatives to the old four-wheeled approach. And cities like Denver have received these substitutions with open arms. The more popular the current options become, the steeper the climb will be for innovators to launch profitable tech-commutes.

At the end of the day, we should always remain cognizant of what’s most important — safety of our community and the health of our world.

Whether scooters become more popular than hover-crafts or automated vehicles remain much more frightening than developers counted on, if these modernizations prove to protect us and our planet, we cannot be remiss in giving them due consideration. With an eye to the future, safety, and the global heartbeat, there are assuredly exciting days to come.