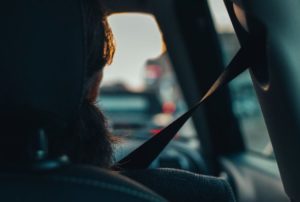 Because car manufacturers tend to design their vehicles to pass the existing safety tests, the Insurance Institute for Highway Safety recently instituted new tests that rate cars for passenger safety. In the past, manufacturers had focused on driver safety since that was what the tests looked for. The IIHS asserts that it is important to improve passenger safety so that it is equal to the safety standards imposed for drivers.

The Insurance Institute for Highway Safety performs tests each year on newly released vehicle models. The tests are influential and let customers understand how safe the different models are so they can make informed purchasing decisions. Because of the importance of these tests, vehicle manufacturers tend to design their vehicles to pass them. In the past, the tests have focused on the safety of drivers. Recently, however, the IIHS has been concerned about making certain that the manufacturers also design their vehicles to be equally safe for passengers. It added passenger-side front crash tests to its safety testing regimen this year.

The IIHS tested 13 vehicles with its new passenger side 40 mph frontal crash test. Of the vehicles that were tested, 10 received good ratings from the IIHS. Out of the remaining three, the Volkswagen Jetta was rated as acceptable while the Chevrolet Malibu and the Volkswagen Passat received ratings of marginal. The IIHS recommends that manufacturers optimize the safety of their airbags and headrests to equalize the safety of vehicles for passengers as well as drivers.

While enhanced safety measures won’t prevent all motor vehicle injuries from occurring, they can help to minimize the risks of serious injuries or fatalities when accidents happen. The IIHS designs its tests so that consumers can use the results as one factor in their decisions about which vehicles to purchase. People who are in the market to purchase new cars may now have access to more accurate safety ratings due to the changes. Because car manufacturers are aware that consumers pay attention to IIHS ratings, they might be led to add enhanced features to their vehicles to make them safer for all passengers.