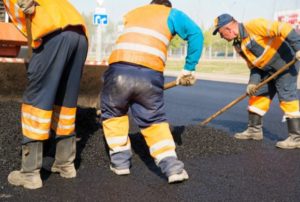 Driving through a construction zone can be hazardous in itself, especially when motorists are driving erratically. A Memphis driver who caused a serious workzone accident that sent one man to the hospital has not been identified, as he or she left the scene of the accident. According to WMC Actions News, the driver had attempted to maneuver through a workzone when he or she smashed into the back of a vehicle, which then collided with a law enforcement vehicle. Although the collision caused a significant amount of damage, the driver sped away from the accident scene.

Leaving the scene of an accident

Whether motorists cause a minor fender bender or a catastrophic accident, it is illegal for them to leave the scene of an accident, according to Tennessee law. People who choose to leave the car accident site may be charged with a Class A misdemeanor. If the driver leaves the scene of an accident involving a fatality, they may be charged with a felony in Tennessee. Each case is dependent upon the specific details of the accident.

Drivers who take off after causing an accident may be afraid of facing the legal repercussions of their actions. They may have been driving while impaired, have a criminal record, or lack a valid driver’s license.

Tennessee motorists must uphold their civil duty to act in a responsible manner while driving a vehicle. Motorists, who drive while distracted, drowsy or impaired, and cause an accident as a result of their careless behavior, may be held liable for any damages, injuries or deaths that take place. When an accident occurs, drivers are obligated to exchange names, addresses and driver’s licenses with one another. In Tennessee, motorists are legally responsible for ensuring that all injured people receive medical attention as well.

It may be impossible to find out the identity of a person who fails to remain at an accident scene. Not only does this pose a problem for any injured motorists, but it also threatens the safety of other motorists on the road. In some hit-and-run accident cases, there may be other ways to get compensation.

Law enforcement officers use different tactics in order to locate the whereabouts of hit-and-run drivers. Officers may question witnesses who observed the accident, view surveillance camera footage from nearby businesses, and even review 911 calls to help them find the perpetrator.

Hit-and-run accidents can cause serious injury, emotional trauma and death to innocent people. Those who have been victimized by a hit-and-run driver should seek legal assistance in order to ensure they receive compensation for their case.