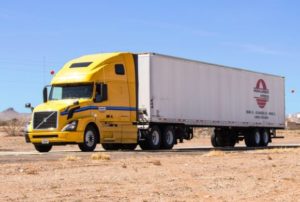 Drowsy truck drivers are a dangerous and deadly threat to public health. It’s estimated that truck crashes cost the US economy roughly $99 billion a year in the form of lost wages, lost commerce, and expensive medical bills. It is estimated that roughly 30% of fatality, and 15% of injury crashes involving large trucks are caused by truck driver fatigue.

In 2013, 3,964 individuals were killed in accidents involving large trucks. 586 of these fatalities were truck drivers or their passengers. These statistics show that when a large truck is involved in an accident, it’s the occupants of the smaller passenger vehicle that are at the greatest risk. The fatality rates are increasing and 2013 was the fourth year in a row that they rose.

Fewer drivers mean companies are requiring more and more drive time from their drivers. Large trucking companies have been reporting up to 90% turnover every year since 2012. As the hours get longer, and the hauls even further, more and more drivers are leaving the industry. As of now, it is estimated that there is a shortage of drivers exceeding 35,000. This means that more and more companies are hiring inexperienced drivers to fill slots vacated by more experienced drivers. The more inexperienced the driver, the greater the likelihood that they will be involved in an accident involving fatigue, driver error, or other cause that a seasoned driver may not make.

The NTSB estimates that trucks account for less than 10% of all road miles driven each year. However, they are involved in approximately 1 in 8 fatality accidents. 7% of drivers self-report having fallen asleep at the wheel, and a total of 13% report fatigue as a contributing factor to crashes they have been involved in. When driver fatigue is combined with crowded highways and busy intersections, it is other motorists who pay for the driver’s lack of sleep. Even minor fatigue can cause significant loss of focus and inattention to the road that can cause an accident.

Individuals who have been involved in an accident involving a semi-truck driven by a fatigued driver should contact a semi-truck accident lawyer. When a fatigued truck driver causes an accident, they are responsible for the physical injuries and property damage, as well as the loss of income, companionship, and quality of life that their lack of sleep leads to.