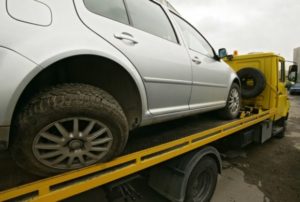 Thousands of motor vehicle accidents occur each year in Tennessee. Recently, WIJHL reported that a car in Nashville hit another car, which had stopped in the lane of traffic. The driver of the stopped car, a university student, told law enforcement that he had been studying for finals and that he could have been asleep. The other vehicle actually flipped over after the impact. While neither driver was hurt, significant damage had been caused to both vehicles. It is unknown whether the driver of the stopped car will face criminal charges.

In situations like these, the driver who caused the car accidentmay or may not face criminal charges. People often believe that if a driver isn’t cited for the accident, they may not be able to seek compensation. However, this is not entirely true. It is possible to file a personal injury claim against a negligent driver to cover expenses related to property damages, medical bills, lost wages from work and the emotional trauma they have suffered.

When people are filing a liability for personal injury claim in a Tennessee court of law, they will need to have evidence that shows the driver was acting negligently. Negligence occurs when a driver engages in certain acts, such as drinking and driving, speeding or texting while driving that puts other drivers in danger.

Under contributory negligence, people who have contributed in some way to an accident may be unable to collect compensation from the other person involved in the collision. This holds true even if the other party involved in the incident was largely to blame. For example, if one driver is speeding and crashes into another driver who is not wearing a seatbelt and sustains injuries, the driver who failed to wear their seatbelt would not be entitled to compensation.

Here in Tennessee, if two people are equally at fault for causing the accident, neither is eligible for damages. This is referred to as proportional comparative fault. However, if one person can show that the other driver is 51 percent responsible, then that person may be able to seek damages.

A comprehensive evaluation of accident reports from one major U.S. metropolitan area found that an alarming number of vehicular pedestrian accidents resulted in no charges or penalties imposed on the negligent drivers. The advocacy organization that initiated the study found that even when the drivers were committing serious traffic violations, including running stop signs, speeding and failing to yield for people using the crosswalk, they faced no criminal actions for hitting and injuring someone.

When a motorist’s negligent behaviors cause a tragic car accident, victims have the right to hold that motorist financially accountable.