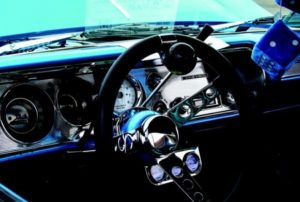 The Owner-Operator Independent Drivers Association filed a constitutional challenge against the electronic logging device rule, and the U.S. Court of Appeals for the 7th Circuit held that the rule is constitutional. It is on track to be fully implemented by Dec. 2017 unless the association appeals it to the Supreme Court of the United States. The regulation will require all large commercial trucks to have electronic devices installed, which will track and record whenever the trucks are in use.

The Owner-Operator Independent Drivers Association filed the lawsuit against the Federal Motor Carriers’ Administration on behalf of two truck owners. The drivers alleged that the regulation would violate their constitutional rights to privacy by recording all of their actions while they are driving. The court ruled on Oct. 31, 2016, holding that the electronic logging device mandate does not violate the constitutional right to privacy. The court found that the government’s interest in protecting other motorists outweighed any privacy issues. As a result, the rule is still scheduled to move forward. The plaintiffs have not said whether or not they intend to pursue the matter to the Supreme Court. If they do, and the court agrees to hear the case, it would be a final decision. If they do not appeal it, then the regulation will move forward.

In 2010, the FMCSA had attempted to pass a prior regulation requiring electronic logging devices in commercial trucks. At that time, the Owner-Operator Independent Drivers Association filed a lawsuit against the FMCSA on the basis of constitutional privacy concerns. The Appeals Court held that the previous version was unconstitutional because it required the installation of cameras inside of the trucks. The current version does not, allowing it to pass constitutional muster.

Reasoning For the Rule

Large trucks have the potential of causing severe injuries and deaths when they cause truck accidents. This has led the government to institute numerous regulations on the trucking industry. The ELD rule is meant to prevent truck drivers from falsifying their log books and ignoring the hours-of-service rules. Those rules are in place to keep drowsy drivers off of the roads, a problem that a truck accidents attorney frequently sees in injury cases.

A truck accidents attorney is hopeful that the new mandate will minimize the number of accidents that happen. Truck accidents often permanently change the quality of lives of their victims.