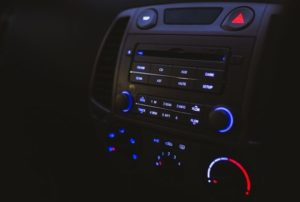 Listening to loud music can negatively impact a driver’s reaction times and driving abilities. Studies indicate that listening to certain types of music can reduce driver aggression and stress, but tempo, volume, and type may play a significant role in driver performance. If drivers are distracted by loud music, they may fail to react in time to avoid accidents, drift into other lanes and collide with other vehicles or pedestrians, or fail to hear emergency vehicles approaching.

Researchers found that listening to music can cause teenage drivers to drive inattentively in a study that was conducted at Ben-Gurion University of the Negev in Israel. In the study, the researchers recruited 85 teen drivers who were ages 17 and 18 to drive specially wired cars along 40-minute routes with driving instructors. During some of the drives, the teens either didn’t listen to music or listened to soundtracks that had been created by the researchers to encourage safe driving. In two of the drives, the teens were told to bring their own playlists of music from home to listen to while they drove.

More experienced drivers may not be as distracted by listening to music when they drive. A study demonstrated that older drivers who listen to music while they drive may actually display improved driving behaviors. The researchers in that study posited that drivers might need some form of stimulus while they drive to prevent boredom.

While the volume, tempo, and type of music can impact driver response times, distraction levels, and overall performance, it is still unclear which factors affect driving the most.