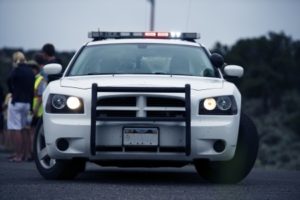 A tragic incident involving a teen that died after calling 911 while trapped in his van highlights problems with emergency response centers nationwide, including in Tennessee. The center and others like it have been plagued with inadequate staffing, training issues, and outdated technology for years, and the failure to take prompt action could result in catastrophic consequences for injured or ill victims.

According to reports, 16-year-old Kyle Plush was asphyxiated by a seat in his Honda Odyssey when he became trapped while reaching for his tennis equipment. The Ohio teen was scheduled to practice tennis and was parked outside his high school. He reached to retrieve his equipment when the seat flipped over and trapped him. Since his phone was in his pocket, Kyle used voice commands and Siri to call 911. An internal investigation revealed several problems that were highlighted by the Cincinnati City Council. The automated response overrode the teen’s initial comments, he was unable to respond to questions from the dispatcher, and the first call was disconnected. He called a second time and provided vehicle description information, but his comments, and the fact that someone was heard banging and yelling was heard, were not communicated to police. Additionally, information that was available was not adequately utilized to locate Kyle. The teen’s father found him dead inside the van nearly six hours after the initial 911 call. The Cincinnati City Council is now working to improve its emergency response center after admitting that multiple errors were made in response to the boy’s two 911 calls. The city and Honda may both be liable for the accident.

Problems with staffing, operations, outdated technology and inadequate training plague emergency response systems throughout the nation. These issues can result in extensive wait times for people to get help, miscommunication, disconnected calls, the inability of responders to locate callers, inappropriate responses to true emergencies, and more. As 911 calls from cellular phones become more common, problems within emergency systems are only getting worse. When every second counts, cities, counties, manufacturers, and others can be held liable for technological errors, negligence in hiring, training and supervising workers, communication problems, and equipment failures.