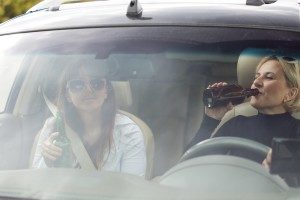 The rate of drunk driving fatalities in the U.S. has increased and innocent people continue to be victimized by negligent drivers. Motor vehicle crashes involving drunk drivers killed 10,322 people in 2012 and injured 345,000 people, according to Mothers Against Drunk Driving. This high statistic accounted for 31 percent of all motor vehicle deaths that year, a 4.6 percent increase from 2011. In Tennessee, 295 lives were taken in drunk driving collisions that same year, which accounted for 29 percent of all traffic deaths. This was a 14 percent increase from 2011, a fact known by any established accident lawyer Gallatin. Federal and state officials are looking for new ways to combat this growing problem and save lives in the process.

Auto manufacturers and the National Highway Traffic Safety Administration are hoping to implement advanced driver alcohol-detection systems into cars, according to Edmunds.com. This new attempt at decreasing the national drunk driving fatality rate would make it difficult for drivers, with a blood alcohol content level over the legal limit of 0.08 percent, to drive on Tennessee roadways.

How would the DUI technology work?

The alcohol-detection technology would function similarly to ignition interlock devices with some slight differences. An accident lawyer in Gallatin is aware that ignition interlock devices are mandated for all convicted drunk drivers with a BAC of 0.08 percent or higher in Tennessee. These devices measure the amount of alcohol present in a driver’s breath sample. The IIDs will not let the vehicle start if the driver’s BAC is over a preset amount, usually 0.02 percent.

The new alcohol-detection technology, on the other hand, would disable the vehicle from starting if the driver has a BAC of 0.08 or higher. Rather than submitting a breath sample through a tube, like one would when using an ignition interlock device, the DUI technology would have an alternate way of measuring a driver’s BAC. Both devices are designed to curb drunk driving and decrease DUI auto accidents, injuries and fatalities.

A 22-year-old man’s decision to drink and drive cost him his life. According to Local 8 Now News, the young Tennessee man and his 18-year-old passenger were traveling in the early morning hours when his car swerved into oncoming traffic. The intoxicated man and his passenger were not wearing seat belts and were thrown from the vehicle when they crashed into another car. The young driver was killed; however, his passenger and the driver of the other car involved in the accident received only injuries from the collision. Unfortunately, an accident lawyer in Gallatin may be all too familiar with these types of cases. However, injury victims may turn to an attorney for essential legal assistance.