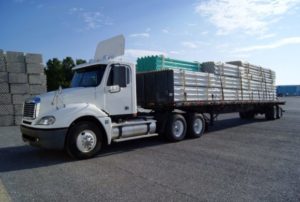 The Department of Transportation (DoT) budget is at the center of a storm of criticism in Washington, DC. The bill provides necessary funding to the DoT, but includes problematic language that eases restrictions on the hours of service for truck drivers, according to a Nashville truck accident attorney. Debate over trucking industry regulations is nothing new; however, a steady rise in serious accidents and fatalities involving trucks make this debate more visible.

Role Of The Federal Government

Regulation of interstate commerce is one of the enumerated, or defined powers in the Constitution. The federal government has the right to pass and enforce laws that involve trade across state lines; otherwise there would be hundreds of different trade laws in the country.

Since 1966, regulation of the trucking industry has been the responsibility of the Department of Transportation, and its newer sub-cabinet department, the Federal Motor Carrier Safety Administration (FMCSA). These two bodies perform periodic inspection of trucking companies and enforce the safety regulations established by Congress. Congress also plays a role by allocating the DoT budget each year.

Failure to agree on the FY 2017 budget is the result of five important disagreements.

A Nashville truck accident attorney knows that speed is commonly the reason why a fender bender becomes a serious accident. The Senate wants the DoT to mandate speed limiters on all heavy trucks. The limiters would reduce the maximum speed for semi trucks, and include huge fines for drivers or carriers who try to get around the regulations. The limiters will lower the accident rate, but their installation will cost owner-operators and small trucking companies thousands of dollars, costs which will be passed to consumers.

The most hotly contested regulations of the trucking industry are the federal hours of service guidelines. In general, the rules state that drivers cannot work more than 14 consecutive hours without a 10 hour rest period, and they cannot drive more than 11 hours in that period. Drivers are also limited to 60 hours in a week. Safety organizations argue the hours of service guidelines keep fatigued drivers off the road, while drivers and trucking companies argue that forcing drivers to take mandatory break periods limits their ability to earn a living. The current push is to raise the hours of service limit to 82 hours, with the elimination of the restart period.

Long-haul truck drivers spend weeks on the road at a time, and a Nashville truck accident attorney knows that the longer the driver stays on the road, the greater the chance of an accident. The restart provisions were designed to force long-haul drivers to take an extended 34 hour break to “restart” their weekly driving clock. Lobbyists want the restart period removed from DoT guidelines in order to encourage drivers to keep moving every day.

Often overlooked by the public, the discussions about the size and weight of trucks have very real consequences for public safety. The federal weight limit is 80,000 pounds, with a limit of 28 feet per trailer. The trucking industry wants to increase the weight to 88,000 pounds, and increase the length of trucks to 33 feet. The changes would allow a single truck to more than double its carrying capacity, but the increased weight and length would make the ability to stop even harder.

Because trucks moving across state lines are under the jurisdiction of the DoT, the federal government sets the driving age for commercial trucks. In November 2015, the House passed a bill that lowered the driving age for interstate carriers from 21 to 18. At the state level, the commercial driving age has been 18 for several years, but the federal restriction pushed many potential drivers away from lucrative long-haul jobs. Trucking companies are facing a severe shortage of long-haul drivers, and they believe lowering the age will fill the gap. Opponents point to CDC data that shows drivers in their late teens have a disproportionate number of accidents and fatalities, often due to inexperience and immaturity. Placing younger drivers behind the wheel of a semi as a long-haul driver would greatly increase the risk of highway fatalities.

Beginning in mid-2015, Congress considered a series of measures that rolled back or eliminated safety measures in the trucking industry. The industry’s lobbyists claim the changes were necessary because of work shortages and increased pressure to make deliveries on time. Opponents of the new rules, from victims groups to state lawmakers, down to a Nashville truck accident attorney, believe the changes unfairly put the public at risk.

The debate in Congress is on hold until the members return in mid-May. When they do, almost every Nashville truck accident attorney expects some loosening of truck driving regulations, and more accidents.