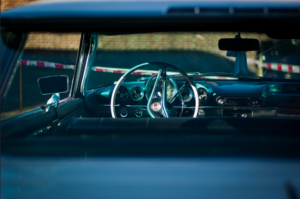 On Friday, February 1, Denver Police Officers hit the highways, sweeping for speeders in what they refer to as a “saturation patrol.” And according to Jon Murray at The Denver Post, officers cited 101 drivers and warned 21 others. The average radar clock: 80 mph. The winner of the day: 110mph.

The Denver Police Department recently released stats showing that since 2009, the number of traffic citations in the county has dropped 45%, even though the population has increased by 20% over the same time period. Does this mean that all these outsiders flocking to this mountainous desert paradise are better drivers than the natives, or they at least speed less?

Is the lack of citations the cause? Or maybe police staffing? According to Murray’s article in the Post, its much more complicated than this. What appears to have occurred is an increase in population — no surprise — coupled with an increase in staffing at the Denver Police Department, which should suggest that the problem is being addressed. So why the increase in fatalities and injuries ?

Murray surmises the cause as follows: while more officers are employed by the Department, less are being directed to traffic. Their expertise is being put to other uses, such as crowd and traffic control vs patrol and other more crime-related duties.

Being of the mind of our industry, we at Queener Law can’t help but also consider that the glaring increase in traffic collisions is also a culprit in and of itself.

Murray cited several public safety personnel and city officials as sharing in our concern. They offered current efforts to assign private groups to respond to collisions, leaving Denver PD officers free to maintain their posts. They also pointed to efforts to implement unmanned traffic control efforts such as red-light cameras and the like. But according to Murray, all of these efforts have been implemented in Aurora disproportionately to the rest of Denver, and even still, there has yet to be any positive effect on the fatality rates on Aurora streets.

Denver Police Department have made other changes to attempt to keep our streets safer. They’ve reassigned traffic patrol officers to closer precincts to shorten response time, according to Murray, and placed digital speed signs to keep speeds at the forefront of a driver’s mind.

But we at Queener Law think this issue needs to be addressed by us, the drivers on Denver’s streets. We need our own personal call to action.

Wrecks aren’t controlled by the police alone. Simple distractions, mind wanderings away from our speeds and actions, or the desire to get to our destinations on time taking precedence over strict compliance with road safety measures — these are the primary culprits.

There are many things in this world disrupting our safety, and often we feel all too helpless in protecting ourselves and our loved ones. But here’s one on which we can have a direct effect.

Let’s pledge to put our phones out of reach or on Do Not Disturb. Let’s keep our eyes and minds on the speed limits. Let’s scan our periphery in neighborhoods for pedestrians, cyclists, and other drivers who aren’t talking part in this safety pledge and might help themselves to our lanes a bit too eagerly.

All in all, let’s help the Denver PD in dealing with their ever-growing road responsibilities.

We can get these fatality numbers down, or even better, bring them to zero! We’ve got this, Denver!