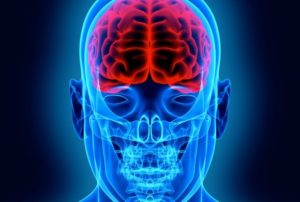 Over 2.36 million people were injured in car accidents in 2012, according to the National Highway Traffic Safety Administration. While some car accident victims received only minor injuries, others suffered from traumatic brain injuries that will affect them for the rest of their lives. The Centers for Disease Control and Prevention found that car accidents were responsible for causing 14 percent of traumatic brain injuries in the United States from 2006 to 2010, making it the third leading cause of TBI.

In a highly publicized New Jersey truck accident, comedian Tracy Morgan received serious brain injuries when his limousine was rear-ended by a negligent truck driver. According to People Magazine, Morgan has been trying to recover from his injuries for the past four months, and continues to undergo vocational and physical therapy for his serious injuries. Morgan still uses a wheelchair and is having difficulties with speech and mental cognition.

Signs of a brain injury

Otherwise referred to as whiplash in its milder form, brain injuries may occur when people experience a sudden jolt or blow to the head, just like they would in a traffic accident. The National Institute of Health indicates that the symptoms of traumatic brain injuries range from mild to severe and include the following:

Additionally, people suffering a brain injury may experience a loss of consciousness, trouble concentrating and memory loss. Changes in a person’s auditory and visual functioning, as well as drastic changes in their mood or behavior are also possible symptoms.

According to a review published in the Acta Pharmacologica Sinica in 2013, the damage sustained from a traumatic brain injury can be progressive. This means some people may not only suffer from the initial damage caused by the blow they received, but also from secondary injuries. Traumaticbraininjury.com states that secondary brain injuries include brain swelling, bleeding inside the skull, infection within the skull, increased fluid in the skull, increased pressure in the skull and damage caused by a lack of oxygen.

Minor and serious brain injuries can lead to permanent damage and even cause problems years after the initial event. Studies have shown that people who have suffered brain injury are at a higher risk of suffering a stroke and that brain injury may even play a role in dementia and Alzheimer’s. Often victims of brain injuries must undergo physical, mental and psychological therapy, and there is no guarantee that they may fully recover from their serious injuries. People who have been injured in a car accident should meet with an attorney who can help them estimate their long-term needs and determine an appropriate amount of compensation.