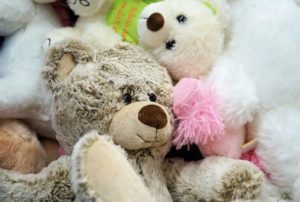 Defective toys that have been recalled are still being sold by some online retailers, according to a recent study. It is important for parents to be aware of the toys that have been recalled so they can remove them from their homes. The toys that were found in the survey pose multiple hazards, including fires, ingestion dangers and potential neurological issues caused by lead paint. When children are injured by defective toys, a personal injury attorney may work to hold the manufacturers and retailers liable for damages.

According to the U.S. Public Interest Research Group Fund in its annual “Trouble in Toyland” report, more than a dozen recalled toys were found for sale by online retailers after they were recalled by the Consumer Product Safety Commission from Jan. 2015 to Oct. 2016. During this time period, the CPSC recalled more than 40 toys, which involved 35 million individual products. The PIRG Fund recommends that parents search their homes to determine whether or not any of the recalled toys that appear on the CPSC’s recall list are in their homes.

Some of the toys that the PIRG Fund discovered contained high amounts of lead paint. If lead paint is ingested by children, it can cause serious neurological problems. Also found still for sale was a flying machine with a charging cord that overheats, making it a fire hazard. One toy had two magnets that could be swallowed. If ingested, the magnets can link together in the intestines of children and cause serious medical problems.

It is illegal for retailers to sell toys that have been recalled. The PIRG Fund has notified the CPSC about the violators. The fund also recommends that parents subscribe to the CPSC’s recall list and check it frequently to make certain whether or not toys that they purchase have been recalled. If they find recalled toys, they should take steps to return them.

Children may be seriously injured or killed by defective toys. Despite the hazards they present, some sellers are still selling these dangerous products. When retailers and manufacturers continue to offer defective toys on the market after they have been recalled, they may be held accountable under the theory of strict liability. A personal injury attorney may seek to recover damages for injured clients.